Complicite’s dazzling production of Bulgakov’s novel The Master & Margarita was one of my top two theatrical experiences of 2012. It’s back for a limited repeat season at the Barbican.

In Brad Bird’s wonderful animated film Ratatouille, the evil purse-lipped theatre critic Anton Ego (voiced by the majesterial Peter O’Toole) undergoes a conversion from cynicism into unashamed fandom, as he tastes a marvellous ratatouille prepared by a rat named Remi. He publishes his first positive food review in years, which, as intoned in voiceover by O’Toole, could be a manifesto for all cultural critics to aspire to:

“In many ways, the work of a critic is easy. We risk very little yet enjoy a position over those who offer up their work and their selves to our judgment. We thrive on negative criticism, which is fun to write and to read. But the bitter truth we critics must face is that, in the grand scheme of things, the average piece of junk is more meaningful than our criticism designating it so. But there are times when a critic truly risks something, and that is in the discovery and defense of the new.”

My goal for the moment is to try and describe the sense of wonder I experienced when watching Complicite’s dazzling rendition of Bulgakov’s novel The Master & Margarita, playing at the Barbican on a return visit, since premiering in London last April. I saw it in previews just before Christmas, and loved it so much that I took a posse with me to see it this weekend. In addition to the fun of watching my friends reel in amazement and exhaustion at the end of the show, as I had done, there’s an added satisfaction to savouring the intricate staging and bold muscularity of the performances, freed from the tension of “What happens next?” which sometimes obliterates a critical eye for detail.

I’ve long been a fan of Complicite, a British theatre company lead by the chameleonic director and actor Simon McBurney, whose productions are invariably bold, physically robust, technically innovative and emotionally moving. They’re the antithesis of the school of British “armchair acting” that still informs much of the West End theatre here – physically static, text-based productions in which RADA-trained thespians enunciate their lines beautifully but seem dead from the neck down. Complicite’s productions are inevitably adventures into the unknown, which owe more to circus performance or mime than they do to Stanislavskian realist acting, employing all elements of drama – design, music, lighting and sound – to creative immersive, sensually startling theatre.

I’ve seen most of their new productions over the past 10 years in London, many of them based on difficult, apparently “unadaptable” works of fiction – The Elephant Vanishes, based on the Murikami story; A Disappearing Number, based on the letters of mathematicians Ramanujan and G.H. Hardy; and Shun-kin, adapted from the writings of Junichiro Tanizaki – and each one being a dazzlingly clever piece of devised theatre which still carries a profound emotional weight. Even their occasional productions of the classics pack a punch – their version of Shakespeare’s Measure for Measure became a menacing study of sexual deviancy and misogyny, with an especially terrifying final image as Isabella’s acceptance of the Duke’s marriage proposal condemns her to a literal and spiritual prison.

With Bulgakov’s Master & Margarita, Complicite faced a massive challenge to adapt a sprawling, complex novel existing in three separate time zones (1930s Russia, Roman-occupied Israel at the time of Jesus’ crucifixion, and a supernatural neverland) and which ricochets between very different emotional landscapes. By turns, it’s a satire on Stalinist Russia, a wild phantasmagoria starring the Devil and his evil retinue (including a talking cat called Behemoth) causing mayhem in Moscow society, a passionate love story, an affecting retelling of the Biblical story of Pontius Pilate condemning Jesus to death, a protest against the censorship of literature, a poignant portrait of a writer’s despair over whether he’ll ever realise his vision, and a striking vindication of the supremacy of art to right wrongs, heal wounds and be the most delicious revenge on one’s enemies possible. It’s quite unlike any other novel I’ve read, and has the kind of compulsive readability and virtuosity of form that makes it many discerning readers’ favourite novel.

Complicite don’t try to iron out the novel’s complexities and confusions, but instead revel in them, throwing us straight away into chaos, as the lead characters march onto the stage in silence, then start charging around play out crucial moments from their stories in an overlapping wave of sound. Their multi-dimensional, intensely physical style meshes perfectly with Bulgakov’s sinuous narrative, which weaves seamlessly in and out of each story strand.

One of the chief fascinations of Bulgakov’s novel is the degree to which the characters in each story strand repeat or are meant to echo the actions of other characters – a game of three-dimensional poker where Bulgakov never quite reveals his hand and connects the disparate strands. Is the Master supposed to be aligned with the Jesus character, or is that the self-sacrificing Margarita? How does the Pontius Pilate story, which is known to the Devil and written about by the Master in his novel, fit in with the rest of the action?

Complicite ups the ante by extending on Bulgakov’s suggestions, making the connections between stories and characters more explicit. Certain critical scenes are played simultaneously on stage – the Moscovite literary critics’ desecration of the Master’s novel plays alongside the crucifixion of the Jesus character, and actors play multiple roles, further accentuating the idea of the same souls travelling through time and space. In one jaw-dropping moment towards the finale, [spoiler alert] the German-accented, white-faced Devil melts into the figure of the Master, revealing that it’s the same actor (a wonderful Paul Rhys) playing both parts.

Complicite’s staging is generally quite self-conscious and almost Brechtian (though it mostly works to charm and engage rather than alienate). They’re dab hands at using lo-fi means in conjunction with sophisticated lighting and sound effects to create their own world: an actor holding a horizontal wooden bar becomes an opening window frame, and a moving box becomes variously a tram car, a drinks booth, the reception desk of a literary salon and a Satanic throne. There’s a sense of delight at the transparency with which their images are created, like a magician who insists on showing how his magic tricks are made: Behemoth the talking cat is very clearly a puppet being visibly operated onstage by two puppeteers, and the visual tricks employed to represent two spontaneous beheadings are fully revealed. Rather than pulling us out of the action, this self-conscious theatricality perversely works to engross us in the story – by reminding the audience of the act of storytelling in which we are also engaged, we are released and provoked into using our imaginations to make the story work. This seems all the more appropriate for The Master and Margarita, a story about the act of storytelling and the redemptive power of art to rewrite the past.

Once we’ve been warmed up in the first, almost two-hour long act (which flies by effortlessly), Complicite really put the C into crazy, launching into the second part of Bulgakov’s novel: a magic realist nightmare in which the Master’s lover Margarita makes a pact with the Devil in order to save the Master from literary and emotional ruin. It’s a fantastic sequence, a powerful combination of strong acting (from Susan Lynch, who bravely plays the scenes naked, as described in the novel) and wild lighting and video design, casting the satanic banquet as a bad psychadelic trip in 1990s clubland. We follow Margarita through her initial euphoria at learning how to fly (an effect wonderfully achieved by having Lynch lie on the floor or be held up by other actors as video images of bird’s eye landscapes are projected under her) and her excitement at being able to enact her revenge fantasies against the Master’s critics, through to her emotional exhaustion at having become Satan’s queen in a never-ending dark night of the soul.

Some of the stodgier of the London critics, including the Guardian’s Michael Billington and Lyn Gardner, have grumbled that Complicite’s technical wizardry is dazzling to watch but leaves them feeling sensorily overwhelmed and distracts them from the story. When theatre critics start saying things like this, one hopes that they’ll realise they’re simply too old to go out at night and should really stay at home with a cup of Bovril and a DVD box set of Miss Marple.

Billington and Co couldn’t be more wrong. What’s extraordinary about Complicite’s work here is how the staging elevates the story and lays bare the profound sadness and beauty of Bulgakov’s story. As we watch the twin set of parallel reunions in the finale –  the Master and Margarita reunited and riding on horseback through the night skies, and Pilate and Yeshua Ha-Notsri walking and talking together in the afternoon sun – there’s a sense of serene benediction and great sadness. Through the writing of the novel and the telling of the story on the stage, all crimes have been corrected,  all sins forgiven, all destruction restored and all broken hearts mended. It’s a devastating ending, which reflects back on the power of art to achieve the impossible.

Part of Complicite’s modus operandi is to remind us, constantly, that we are watching a piece of theatre: the actors happily break the fourth wall and speak to the audience, and the deliberately lo-fi staging reminds us that effects are being created, poses being struck. In a wonderfully played scene that’s as ominous as it’s funny, Woland turns to the audience (whose own image is recorded and projected, mirror like, onto the set) and ponders the foolishness of humanity circa 2013 – providing an important contemporary correlative to Bulgakov’s criticism of the greed and shallowness of 1930s Moscow.

In the finale, we’re reminded that Bulgakov’s manuscript of The Master and Margarita was suppressed by the Stalinist authorities and that he never lived to see it published. Often, this kind of Brecht-lite intertextuality and meta-theatre can seem staid, pretentious and too clever for its own good. In this piece, the dragging of the audience into the act of storytelling feels crucially important to the telling of the story, and landing the full emotional impact of the tale. I was, in a word, dazzled. Even the slamming of the beetle exoskeleton-like fire curtain at half-time was propulsive with atmospheric energy.

Unsurprisingly, the season has sold out, and is due to end this weekend, before travelling to performances in Europe My inside sources at Complicite tell me that the production still isn’t entirely “finished”, and may well return to these shores in a slightly different incarnation. Watch out for it if it does come back. It’s a truly exceptional piece of theatre, that does what all great art should do – entertain, inspire, disturb, provoke and engender a sense of wonder. 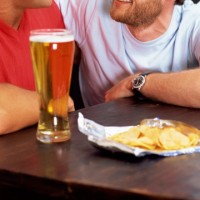 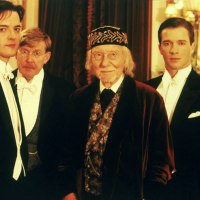 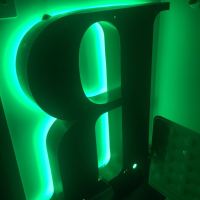 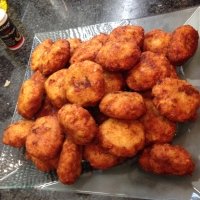 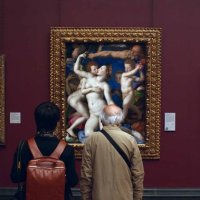